We briefly show how to design a mould out of a cranioplasty implant. This mould can be 3D-printed in order to fill it with bone cement to actually create the implant that will be used in the operating room. The model is standard and should be refined according to the needs outlined by the surgeon in charge.

We thank engineer Maurício Morinigo from Da Vinci Anatomics (Brazil) for defining and outlining this workflow.

First we take the implant that we made in a previous session, and explode it with command Explode. As we are going to create one half of the mould, we select the inner part of the plate and its contiguous fillet surface, and hide them (by moving them to a Rhino layer and hiding that layer). 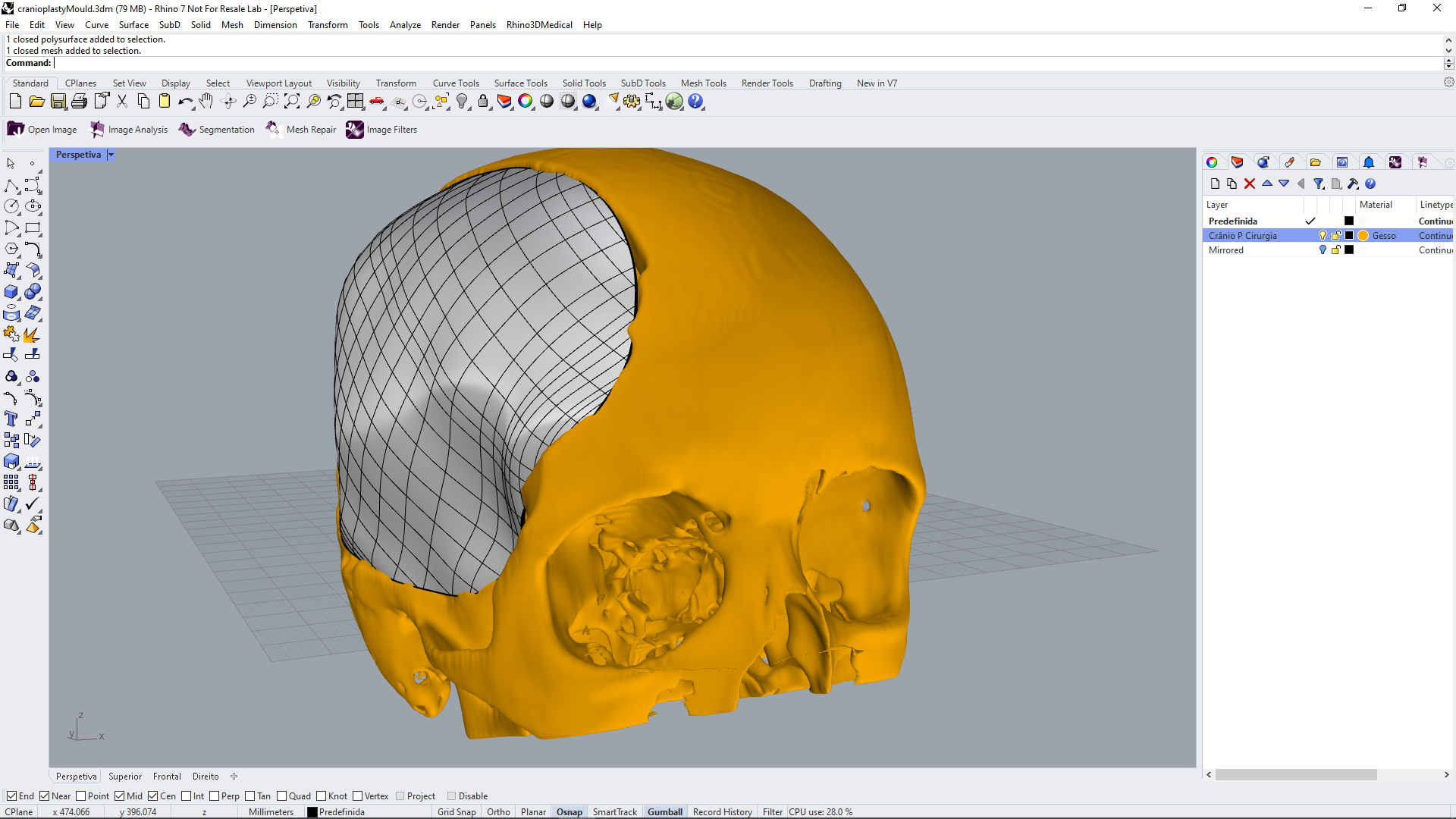 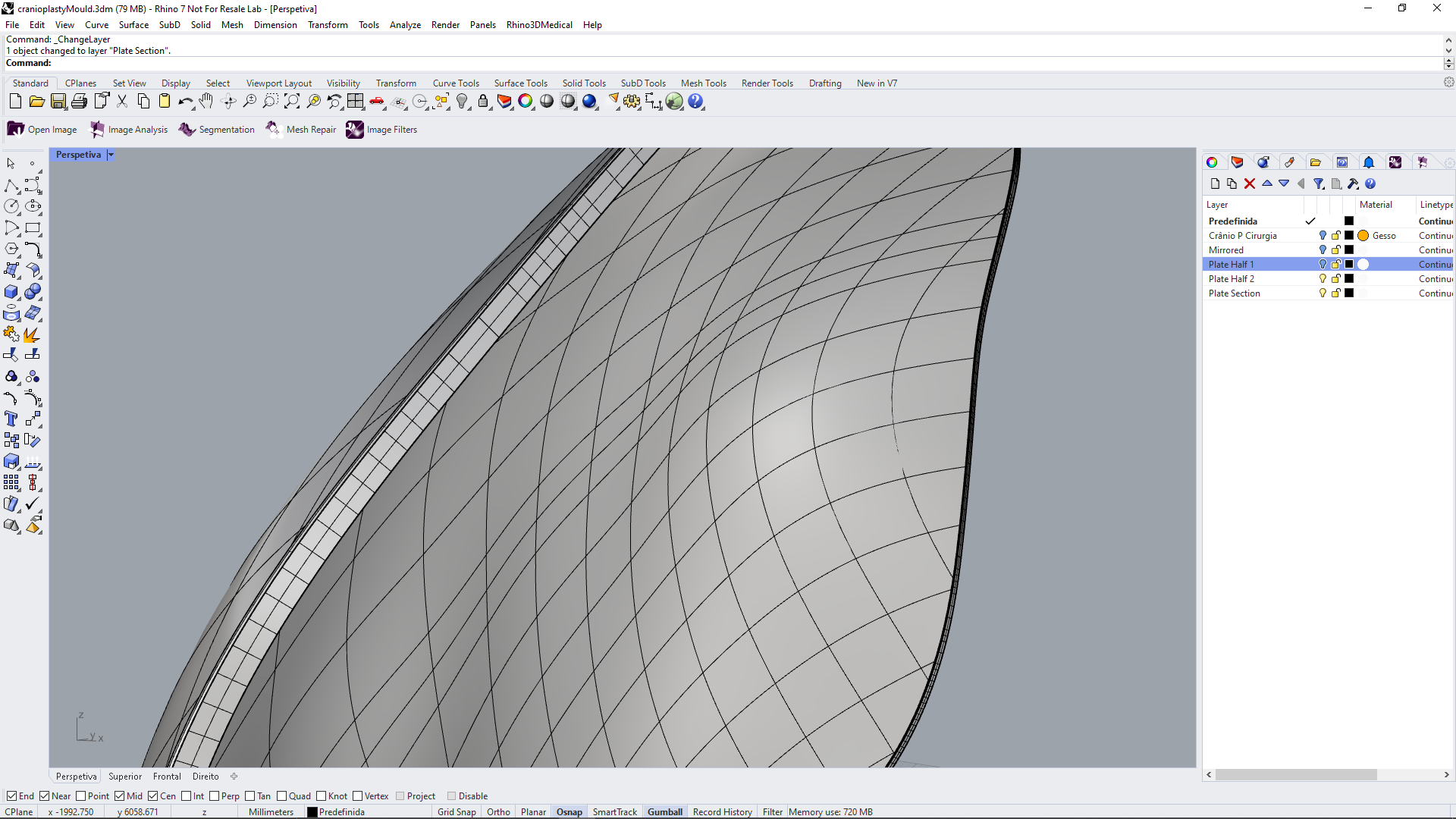 Inner part of the plate. 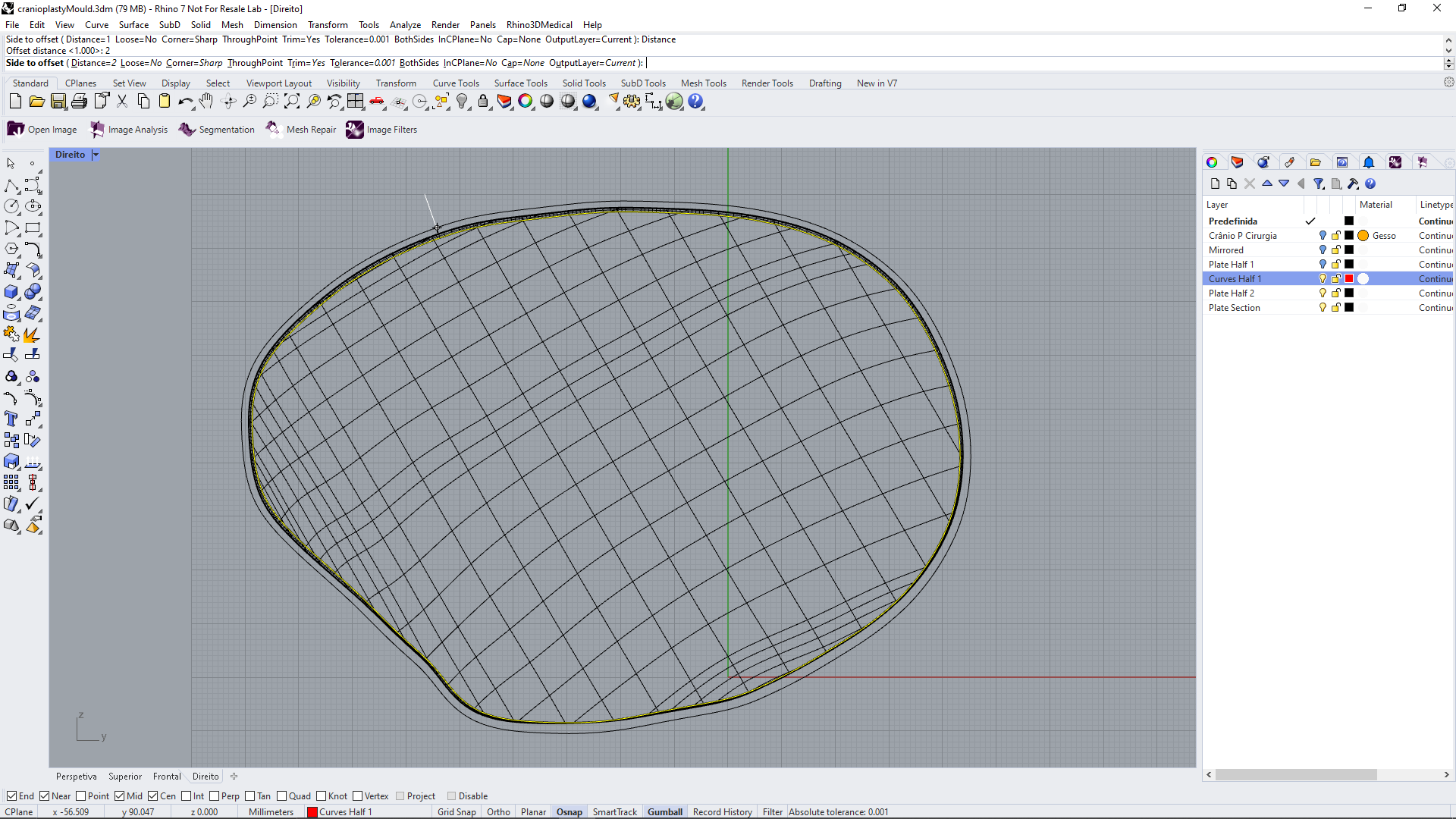 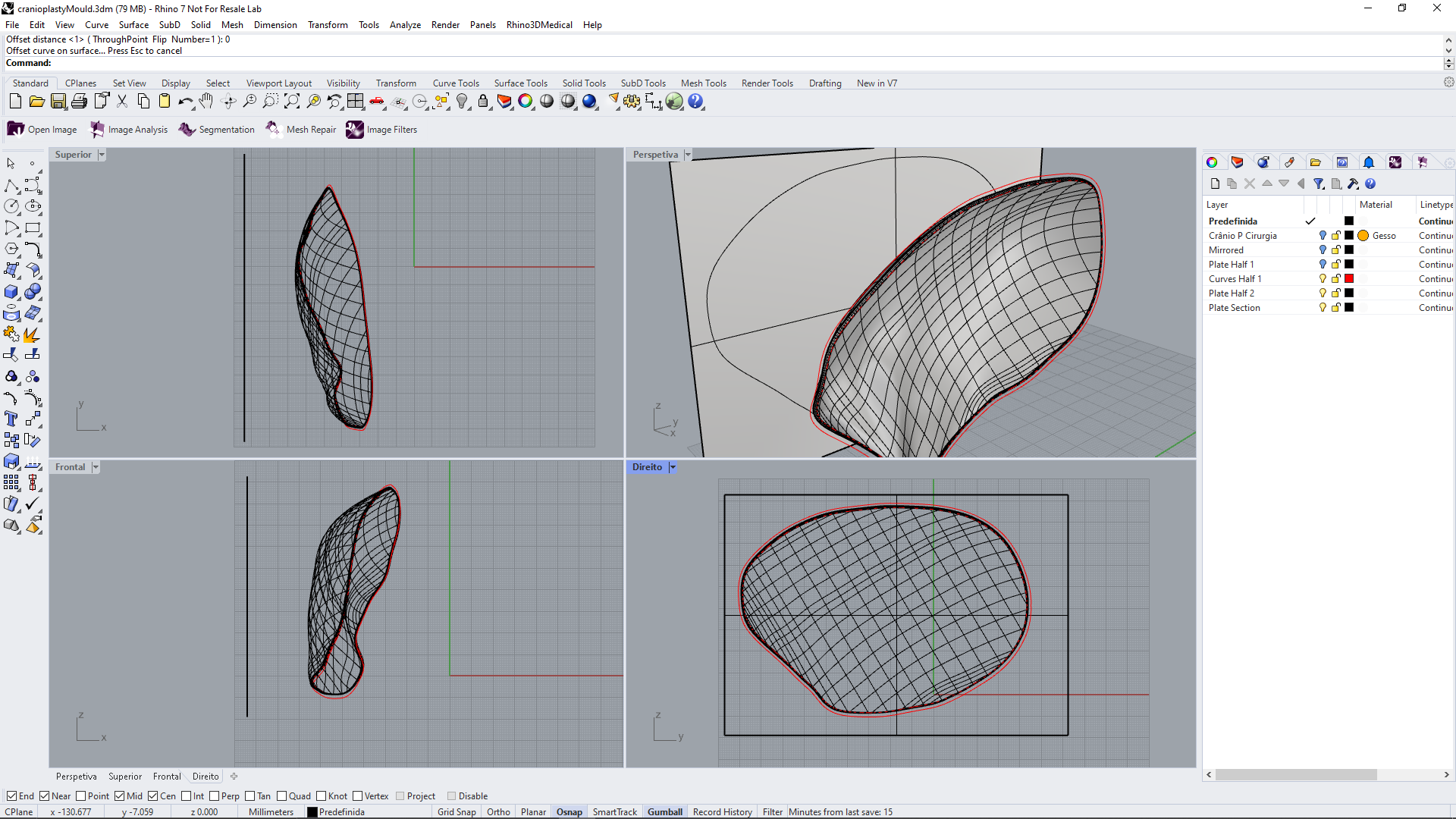 4. Trim and jon with lines 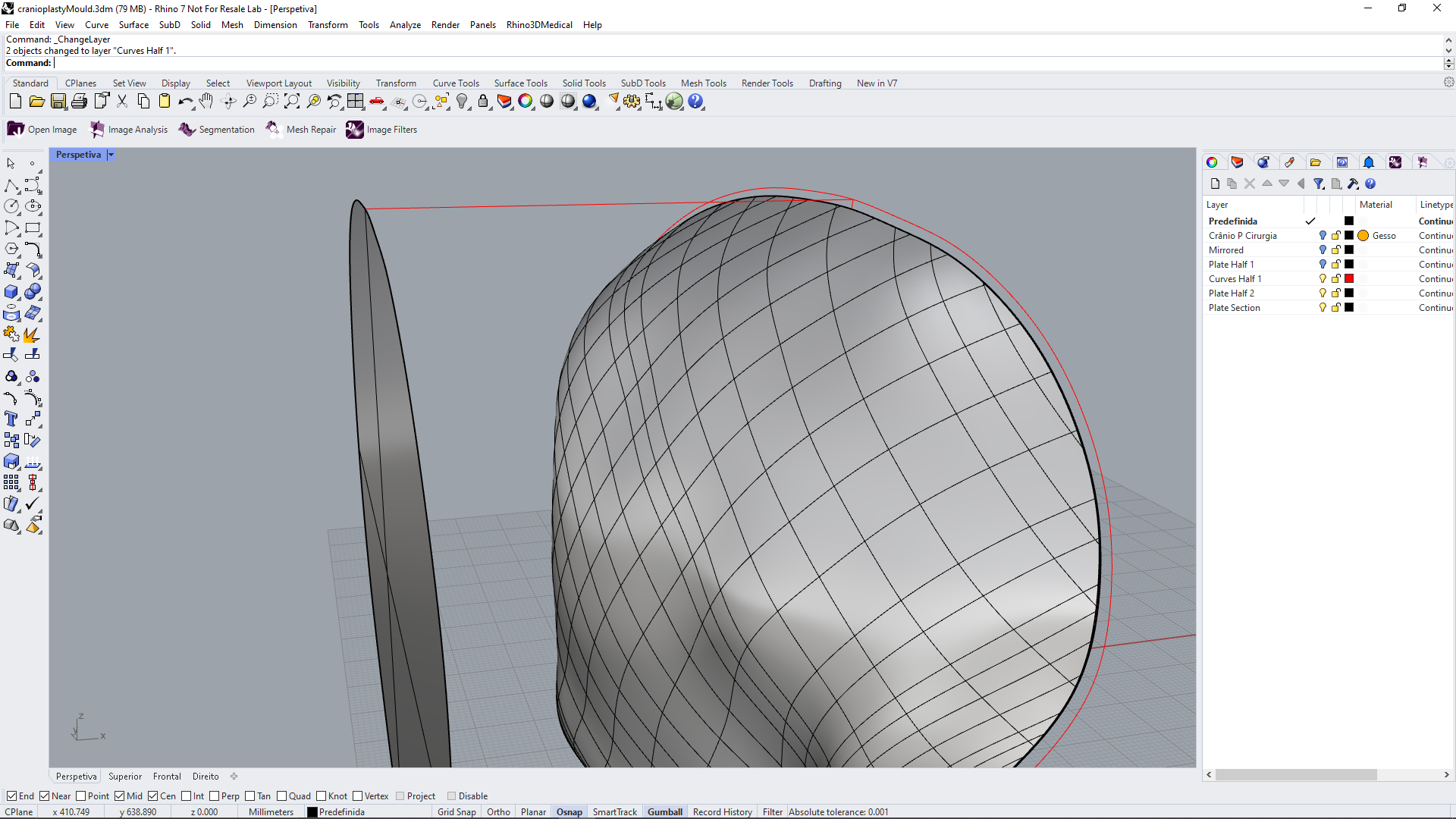 Trim and join with lines. 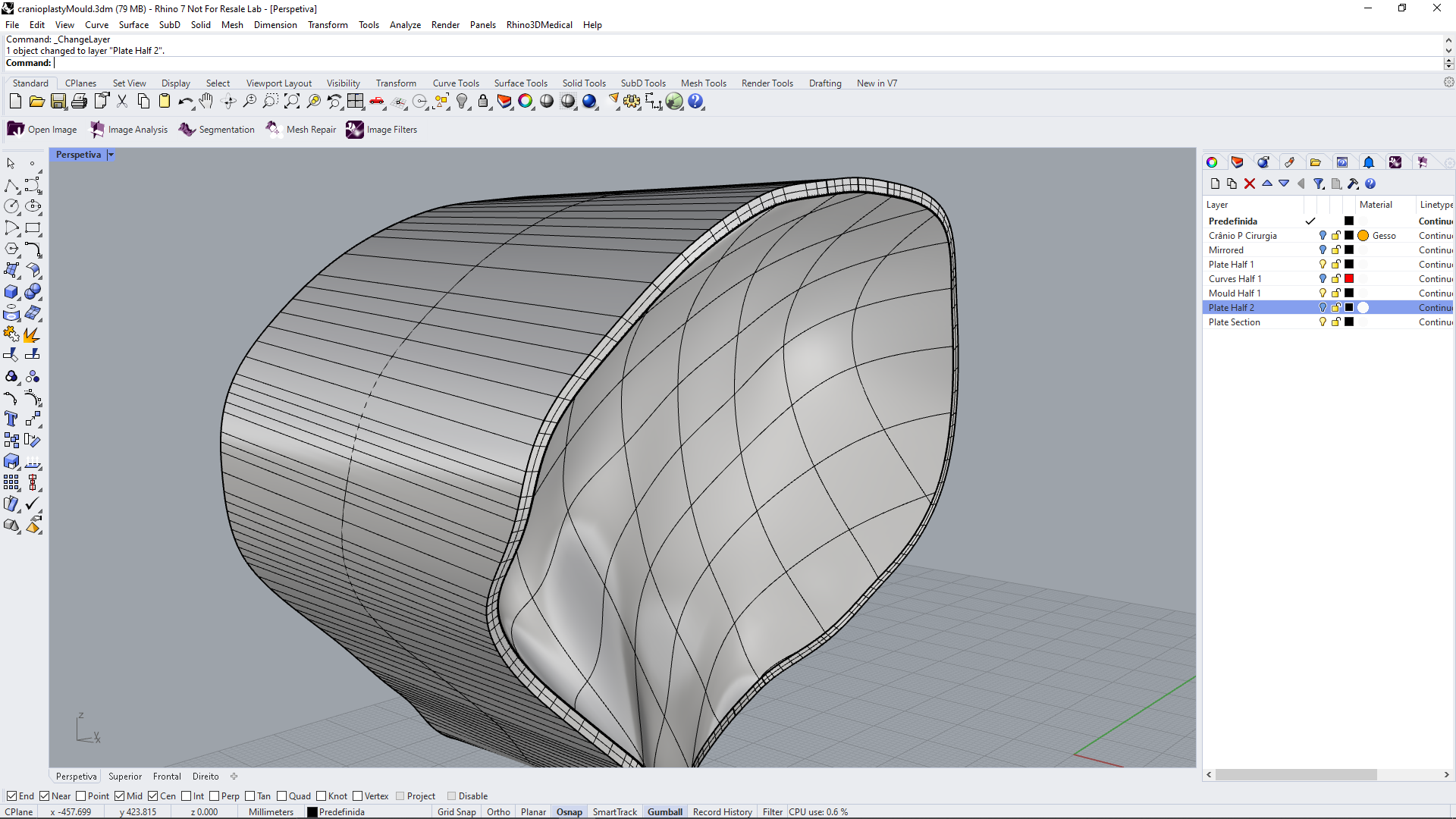 First half of the mould.

6. Second half of the mould

We repeat all steps above now with the outer part of the plate, carefully re-doing operations in opposite sense. In the end we will obtain the second half of the mould, and overall the full mould. 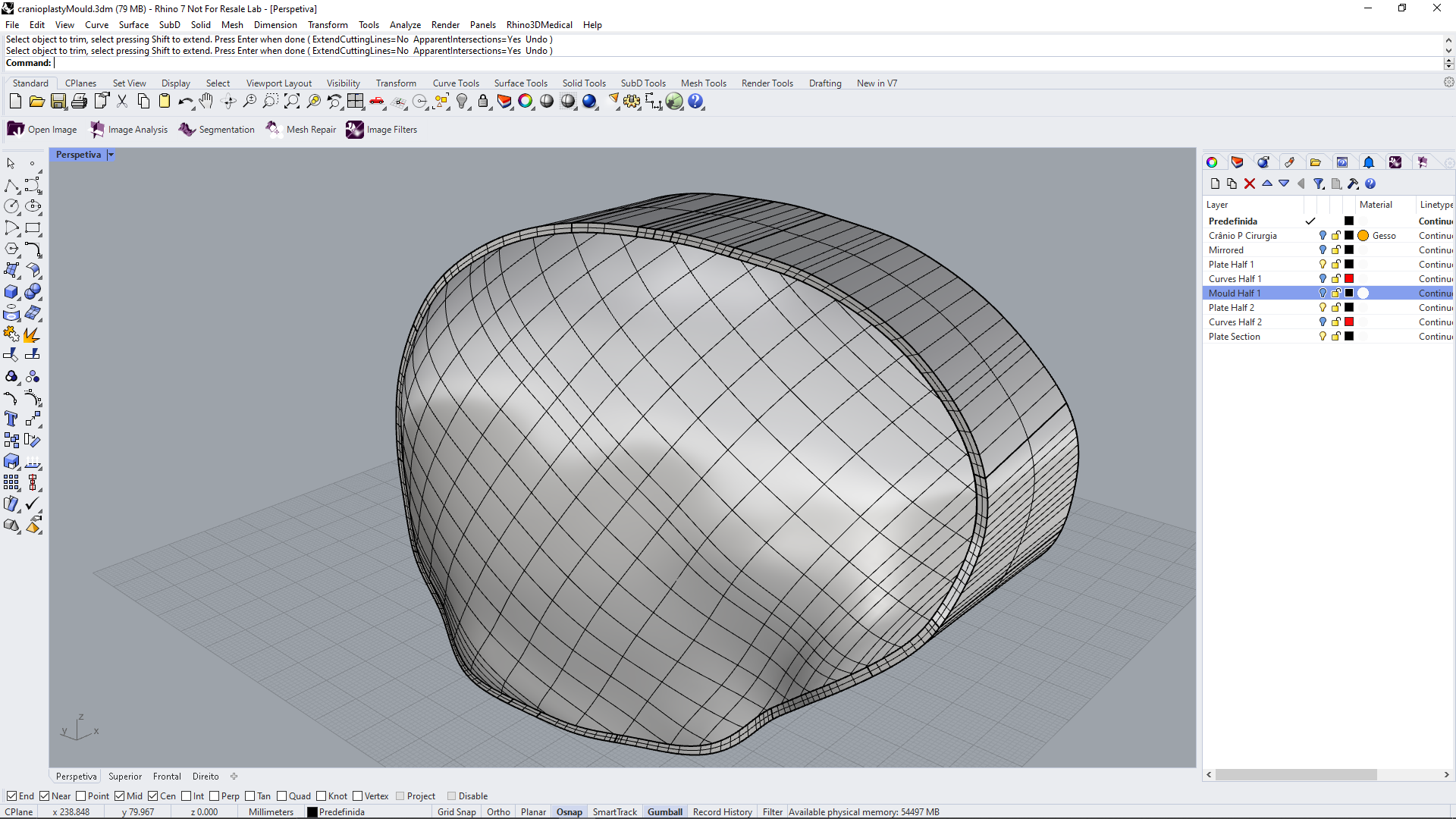 Second half of the mould. 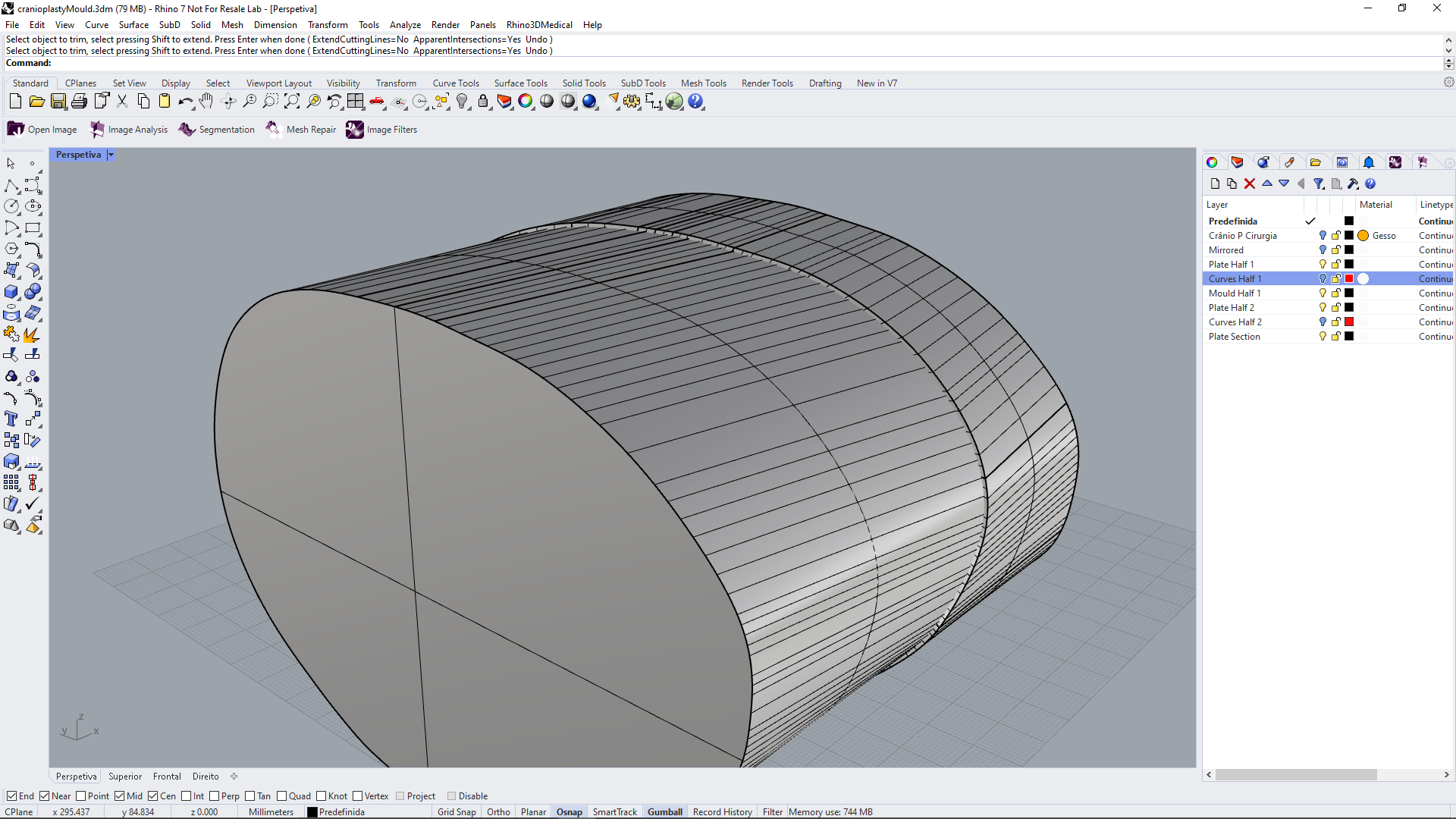 Two parts of the mould together.